A Statement from your local Movie Lover 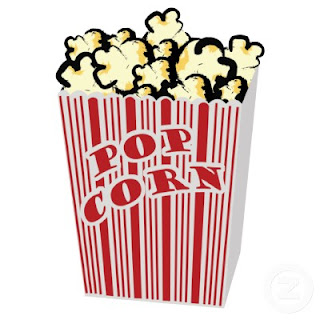 First Off If your A Director, Producer or Artist that wants an honest review from a movie fan -/THAT DOES NOT MEAN IT WILL BE A GOOD REVIEW /-, a down to earth movie fan that loves all things cinema. Give me a jingle at A BUCKET OF CORN'S e-mail...and I'll set you up where to send it.

Welcome to Bucket of Corn!

Film Critic, Reviewer and Creator of A Bucket of Corn!!!!

I review a little different than most people. Most people review movies as a whole. You can’t put something like the over the top wonderment of B-movie Cult perfection like Attack of the Killer Tomatoes in the same category of Schindler’s List. It does not make sense. They are two different styles and two different realities all together. Now if I was to rate Schindler’s List, it is a masterpiece of Film Perfection. If I was to rate Attack of the Killer Tomatoes then its B-movie Perfection. I separate films into categories that make sense. If I am watching a B-movie and it clearly pushes itself as a B-movie then I am going to rate it that way. When I review I don’t do numbers, my written review says it all, the negatives and the positives and what it gives to that category of film? I am a lover of all genera’s of film, I watch and review every type of film.

I decided to make this webpage for my love of cinema. First and foremost, I support independent cinema. I support indie Directors and writers and all those involved with the craft of making movies. If you’re an indie director or movie creator from a writer, producer or actor or actress you have a friend in A Bucket of Corn.

If it’s a movie it’s going to be talked about and possibly reviewed on this site. If you know me I love film and I love to review and talk about films. I love to share my love with cinema. The good, the bad and the ugly of film. I talk on what I feel about them in the basic reviews, I tell the good parts and the bad parts.

Certain films I end up thoroughly talking about and give its history, other films I just do the basic review it depends on how the movie has affected me.

From such amazing directors as Alfred Hitchcock’s early work in the 20’s and 30’s to the mob and gangster films of the 30’s, 40’s and 50’s, to the slap stick comedies of Abbott and Costello to Our Gang and the famous Colgate Comedy Hour to the hair raising spooky filled wonders of William Castle, all the way to the modern Oscar winners and huge budget Hollywood popcorn flicks.

Growing up my babysitter was movies. I became obsessed with film at an early age. I remember countless hours in front of the TV or Drive-In or Movie Theater Screens consuming movie after movie. All the classics. The Imaginary worlds, the drama induced hardships, the suspense and mystery filled horrors. No matter the movie I watched it and took it in and it forever became a part of my life. I feel movies of the golden era of Hollywood which are those classic black and white gems, spark the best in what cinema history is all about.

I love all types of movies. I consider myself a true movie buff, a fan, a lover of cinema. Cinema is basically my life, I read about it, I watch it, I talk about it, I review it, and I rent it, buy it, search for it and look for the next great cinema piece. Cinema is always on my mind.

I am a huge supporter of Indie cinema. I praise the upcoming directors and writers that wish to showcase their talent in an over hyped budget movie world. They fight the system and bring out their own visions of art and I will always support the indie world of film making from horror to drama to documentary and everything else.

Some of my fondest memories is walking into a Ma and Pa Video Store and row after row of sun baked VHS movie covers begging for a rent and their my hand graces the 1938 masterpiece You Can‘t Take it With You again and again.

Memories of buying a ticket to watch a movie fest on the big screen when I was a kid was everything to me, the smell of popcorn and those little white lights to guide you as you walked in the darkened theater. No matter the topic of movie I consume it. I watch it and I love it or dislike it, but movies are movies and they mean something to me. I did not have a good childhood, it was very horrible, I was picked on and destroyed in a lot of horrible ways by anger, by hate and most of all by touch, but there was always something to dry my tears and that was the fictional drama’s or worlds of cinema that took me away and guided me deep into the world of cinema history.

In a sense movies saved my life, movies gave me emotions, movies became a part of me and that is the beauty of cinema.

Setback, grab the bucket of corn, the nice thirsty soda pop and let the lights and action begin.